Genomics and Pharmacogenomics of Rhinosinusitis


Background: Polymorphisms of selected inflammatory and metabolic genes have been described in the etiology of chronic rhinosinusitis, and these effects can be explained on a pharmacogenetic basis.

Objective: The purpose of this study was to examine whether there is an association between inflammatory factors and some of these alleles, by associating these genetic variables with each other.

Conclusion: SLCO1B1-TNF-CYP1A2 and IL1B-TNF-CYP1A2 trigenic clusters may condition the chronicity of sinusitis. Eosinophilia and HDL are factors involved in inflammation, and thus in the development of CRS. 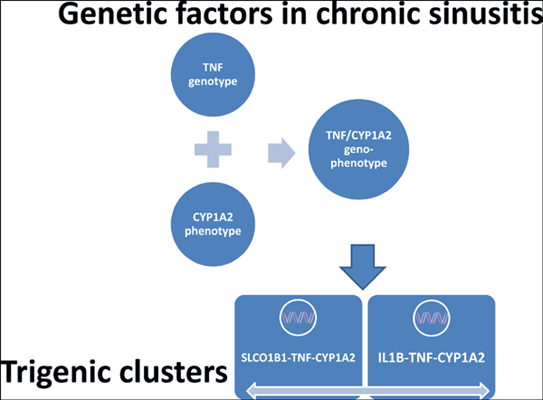